"And then we were three," they wrote on their respective accounts, with a picture of themselves - and, yes, a baby bump. Baby arrives in January 2021. Congratulatory messages flooded their posts instantly.

"So so happy," wrote actress Mouni Roy. Anushka, 32, and Virat, who will be first time parents, have been married three years, after having dated for several more. See Anushka Sharma's pregnancy post here:

This is the second baby announcement from Bollywood this month - Kareena Kapoor and Saif Ali Khan announced some weeks ago that they were expecting again; Kareena and Saif are parents to 3-year-old son Taimur. 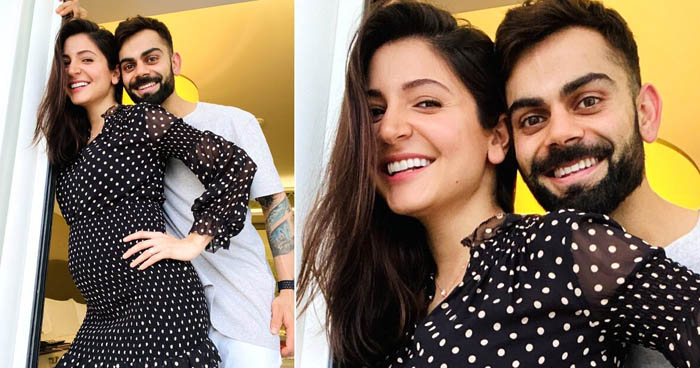 Anushka Sharma and Virat Kohli dated for several years before marrying in Italy in 2017. In 2014, Anushka said, We are not hiding anything. We are two normal young people in a relationship."

Three years later, they jetted off to Tuscany for a family-and-friends-only wedding, which they followed up with two wedding receptions back home - one in New Delhi and another in Mumbai.

Anushka's production house, Clean Slate Filmz which she runs with brother Karnesh, has also made several films that she's starred in - NH10 and Pari, among them.

Sadaf Kanwal showers Love on Shahroz Sabzwari on his Birthday